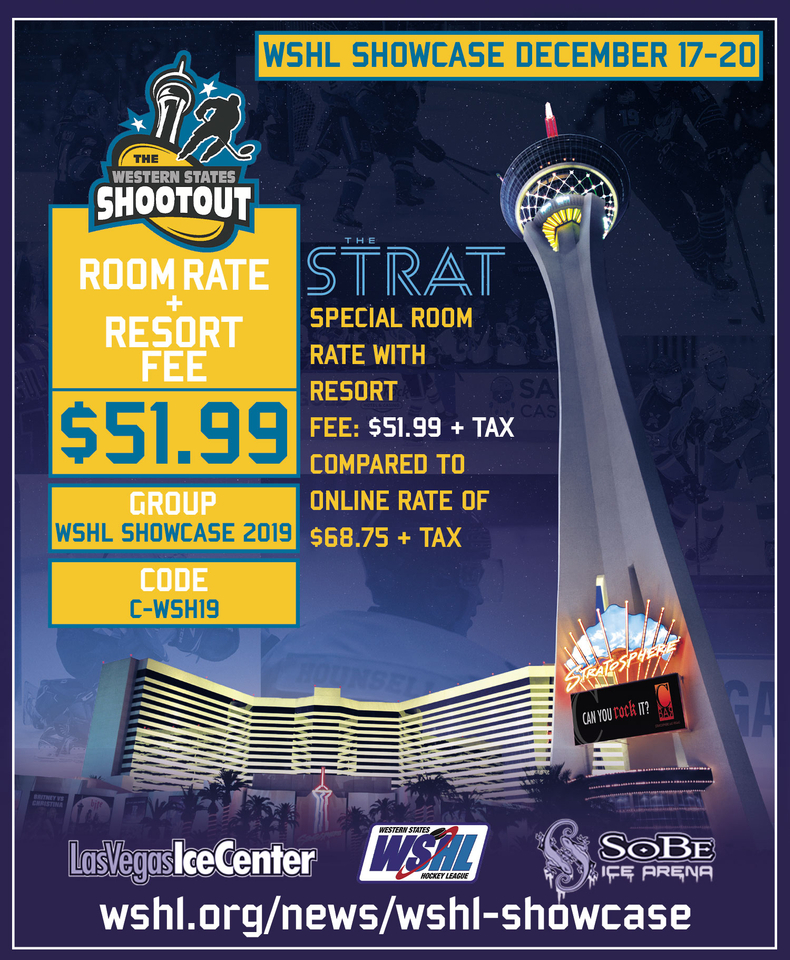 The Western States Shootout (All-League Showcase), is slated for December 17-20 at Sobe Ice Arena and Las Vegas Ice Center. Every year, the Stratosphere Hotel & Casino hosts our attending fans with discount rates. With the 2019-2020 season finally here, more information will be released as Showcase nears.

What you can expect: A four day hockey get-a-way in Las Vegas. Come witness every team in the WSHL under two roofs as they take on unique opponents that they wouldn't normally see in the regular season. The intensity amps up as the teams play in front of 120+ scouts ranging from NCAA D-I/III and all levels of ACHA making for a competitive, playoff environment. All games at Showcase count toward the regular season.

Game times will be announced prior to Showcase as Sobe Ice Arena and Las Vegas Ice Center work to accommodate our games.

This page will be periodically updated with the latest information on Showcase.